How can we help you today?

On occasion, you may stumble across a graph where the intervals on the left-hand side are not always consistent, in a pattern where sometimes the interval is one larger than the last and sometimes one less. Here's an example: 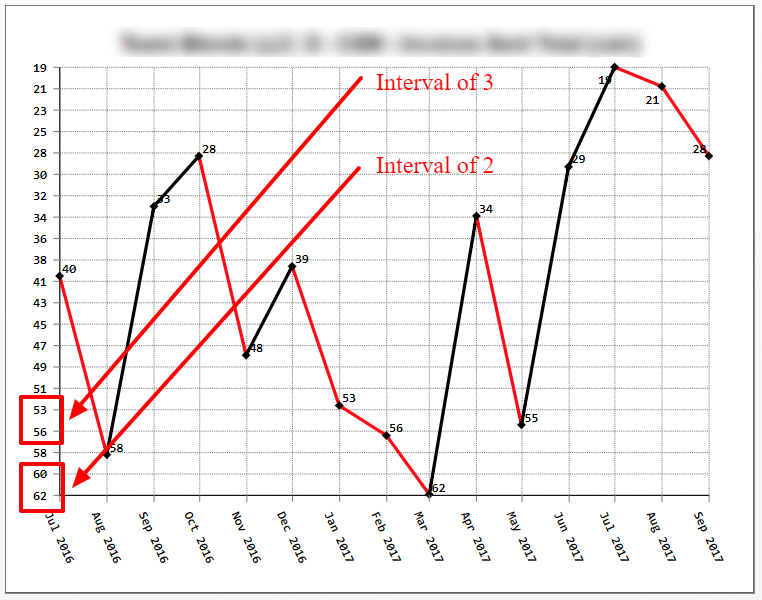 First let me assure you that the intervals are actually exactly and equally spaced, it's just the numbers that are (in this case) not exact. Again, why?

This statistic has been marked to only show whole numbers, decimals are not allowed.

And returning to the graph, you can see the intervals are actually precisely and evenly spaced at 2.15 between each line. 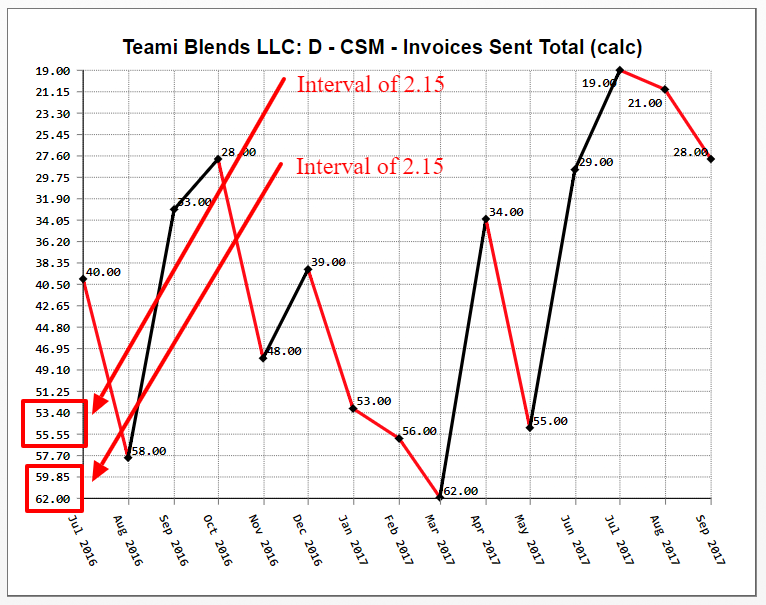 Now, because this stat was marked as not allowed to show decimals, each number is rounded to the nearest whole number. The first number (62.00) show as 62. The next number (59.85) shows as 60.  The third (57.70) shows as 58 and the fourth (55.55) shows as 56. Each of these whole numbers have a full interval of 2 between them, since we are not taking decimals into account. The next number though, (53.40) doesn't round up to the next higher number as the three before do, it rounds down to 53. This gives the appearance that the interval between these lines is different - at 3 - but, just like the lines before, it's actually separated at a specific interval of 2.15.

Please feel free to ask us any questions through the Feedback link in your account!

Did you find it helpful? Yes No

Send feedback
Sorry we couldn't be helpful. Help us improve this article with your feedback.